SIGNIFICANCE: When Albert DeSalvo stood trial in Massachusetts courtroom for armed robbery and sexual assault, everyone present knew they were looking at the self-confessed "Boston Strangler." Aware that legal complexities prevented DeSalvo's indictment as the Strangler, his lawyers used the enormity of those crimes to bolster their claim that DeSalvo was insane and therefore not culpable on the present charges.

Boston, Massachusetts, was a city under siege in January 1964. A reign of terror had left 13 women, ranging in age from 19 to 85, dead at the hands of a killer known as the "Boston Strangler." All of the victims were slain in their own homes by a person who seemed able to gain entrance to strange apartments at will and was possessed of an ability to elude his pursuers. And then as abruptly as they began, the killings stopped.

Fears of the Strangler were beginning to fade when, on October 27, 1964, a young Cambridge housewife called police to complain of a knife-wielding intruder who had bound and molested her. Afterwards he had loosened her bonds, mumbled, "I'm sorry," and fled the apartment. Detectives recognized the victim's description of her attacker as that of 32-year-old Albert DeSalvo, known as the "Measuring Man" from his habit of coaxing women into letting him take their measurements with a tailor's tape, under pretext of working for a modeling agency.

Following DeSalvo's arrest, it came to light that he was also the "Green Man," a mass rapist so-called because of the green slacks he wore. Psychiatrists diagnosed DeSalvo as "potentially suicidal and quite clearly overtly schizophrenic," and on February 4, 1965, he was committed to Bridgewater State Hospital "until further order of the court."

It was while in Bridgewater that DeSalvo first began hinting that he was the Boston Strangler. A fellow inmate contacted attorney F. Lee Bailey and asked him to visit DeSalvo. What Bailey heard convinced him that DeSalvo was truthful. Under hypnosis and a promise of immunity from prosecution, DeSalvo made a series of tape-recorded confessions in which he gave graphic accounts of the Strangler murder scenes, including details that only the killer could have known.

These confessions posed an awkward legal problem. Because they were uncorroborated, and because DeSalvo had already been adjudged mentally incompetent, the state was reluctant to proceed against him on the stranglings. Instead, a compromise was worked out. DeSalvo would stand trial for his "Green Man" offenses and receive a mandatory life sentence. Bailey, determined those years should be spent receiving treatment, set out to prove DeSalvo insane. 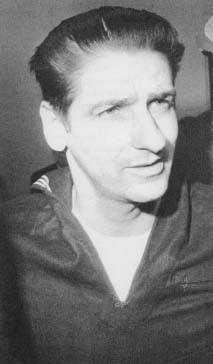