Early Jails And Workhouses, The Rise Of The Prisoner Trade, A Land Of Prisoners, Enlightenment Reforms 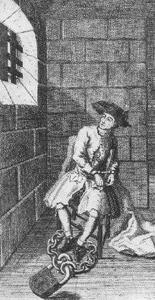 By the end of the twentieth century, the United States had nearly two million people confined in its prisons or jails, representing ten or twenty times more of its population behind bars than that of most other postindustrial nations. Although these numbers increased more than fourfold in the last thirty years, imprisonment in various forms has played an important role in the American experience for more then five hundred years, helping to determine its history and shaping the society. This history helps to explain the paradox of a country that prides itself on being the citadel of individual liberty yet imprisons more of its citizens per capita than any other nation in the world. It also provides a warning about the future, for even as the United States epitomizes and sanctifies democracy, it continues to build a huge and growing complex of durable totalitarian institutions. This massive use of imprisonment has made American society highly dependent on prisons both economically and politically as well as socially.