On January 23, 1982, CBS Television ran a documentary entitled "The Uncounted Enemy: A Vietnam Deception" The narrator, Mike Wallace, took an aggressive investigative approach in preparing the documentary. The theme of the program was that the effects of infamous Tet offensive, which took American forces by surprise and caused much loss of life, could have been avoided if the actual size of North Vietnam's troop strength had been calculated accurately. The documentary placed much of the blame on the commanding general, William C. Westmoreland, who had been in command in Vietnam throughout the late 1960s and during the Tet offensive.

The CBS report took several liberties with the truth, however. For example, Wallace accused Westmoreland of juggling enemy troop figures to produce an artificially low count and please President Johnson:

Wallace: Isn't it a possibility that the real reason for suddenly deciding in the summer of 1967 to remove an entire category of the enemy from the Order of Battle, a category that had been in that Order of Battle since 1961, was based on political considerations?

Westmoreland: No, decidedly not. That—that …

Wallace: Didn't you make this clear in your August 20th cable?

Westmoreland: No, no. Yeah. No.

Wallace: I have a copy of your August 20th cable.

Westmoreland: Well, sure. Okay, okay. All right, all right.

CBS had succeeded in making Westmoreland look like a liar and a fool, but in fact the cable in Wallace's possession had been sent by another officer in Saigon while Westmoreland was away, a fact known to CBS but not revealed on the program. 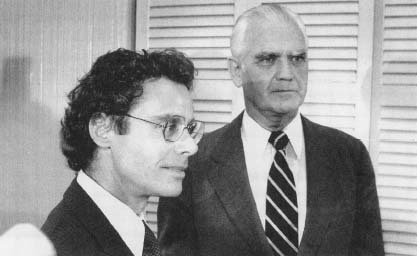 Retired General William Westmoreland and his attorney announce his intention to sue CBS for libel.

Incensed, after the program was televised, Westmoreland denied the allegations it raised about his conduct. The Capitol Legal Foundation offered to represent Westmoreland for free, and attorneys Dan M. Burt and David M. Dorsen filed Westmoreland's libel suit on September 13, 1982. CBS's chief attorneys were David Boies and Stuart W. Gold. Before the case went to trial, Boies and Gold succeeded in having it transferred from South Carolina, where the case was originally filed, to New York City, where it was tried before Judge Pierre N. Leval.

The trial began on October 9, 1984. On February 15, 1985, Leval ruled that under such First Amendment precedents as New York Times Company v. Sullivan (see separate entry), Westmoreland had to prove by "clear and convincing evidence" that CBS acted with actual malice in preparing a false documentary. Legally, this is a heavy burden of proof for the plaintiff in a libel suit, one which was invoked by Leval because Westmoreland was a famous general and thus a "public figure." Faced with the prospect of a lengthy legal battle against difficult odds, Westmoreland settled his case with CBS out of court on February 18, 1985. Both sides agreed to pay their own legal fees, and of the $120 million for which Westmoreland had sued, he got nothing.

At the same time the Westmoreland case was pending, another prominent military figure was pursuing a libel lawsuit. Israeli general Ariel Sharon sued Time, Inc., which publishes Time magazine, for having printed an article on February 14, 1983, that accused Sharon of encouraging certain Lebanese militia forces to massacre some Palestinians in 1982. The case was tried from November 13, 1984, to January 24, 1985, in New York City before Judge Abraham D. Sofaer. The jury found Time not guilty due to lack of actual malice, and Sharon dropped his case. However, jury members made a special point of stating that they thought Time had acted "negligently and carelessly" in preparing the article.

Generals Westmoreland and Sharon ran into the same obstacle in their cases: despite strong evidence of press misconduct, under the New York Times Company v. Sullivan case's standard they couldn't make the difficult showing necessary for public figures to win libel suits.