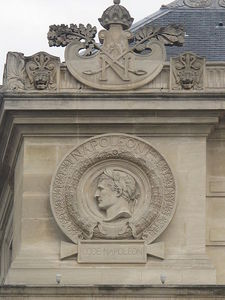 The first modern organized body of law governing France, also known as the Code Napoleon or Code Civil, enacted by Napoléon I in 1804.

In 1800, Napoléon I appointed a commission of four persons to undertake the task of compiling the Napoleonic Code. Their efforts, along with those of J. J. Cambacérès, were instrumental in the preparation of the final draft. The Napoleonic Code assimilated the private law of France, which was the law governing transactions and relationships between individuals. The Code, which is regarded by some commentators as the first modern counterpart to ROMAN LAW, is currently in effect in France in an amended form.

The Napoleonic Code is a revised version of the Roman law or CIVIL LAW, which predominated in Europe, with numerous French modifications, some of which were based on the Germanic law that had been in effect in northern France. The code draws upon the Institutes of the Roman Corpus Juris Civilis for its categories of the civil law: property rights, such as licenses; the acquisition of property, such as trusts; and personal status, such as legitimacy of birth.

Napoléon applied the code to the territories he governed—namely, some of the German states, the low countries, and northern Italy. It was extremely influential in Spain and, eventually, in Latin America as well as in all other European nations except England, where the COMMON LAW prevailed. It was the harbinger, in France and abroad, of codifications of other areas of law, such as CRIMINAL LAW, CIVIL PROCEDURE, and COMMERCIAL LAW. The Napoleonic Code served as the prototype for subsequent codes during the nineteenth century in twenty-four countries; the province of Québec and the state of Louisiana have derived a substantial portion of their laws from it. Napoléon also promulgated four other codes: the Code of Civil Procedure (1807), the COMMERCIAL CODE (1808), the Code of Criminal Procedure (1811), and the Penal Code (1811).