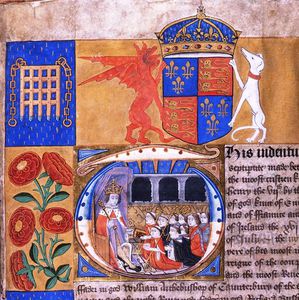 A method of legal practice in which the judge endeavors to discover facts while simultaneously representing the interests of the state in a trial.

The inquisitorial system can be defined by comparison with the adversarial, or accusatorial, system used in the United States and Great Britain. In the ADVERSARY SYSTEM, two or more opposing parties gather evidence and present the evidence, and their arguments, to a judge or jury. The judge or jury knows nothing of the litigation until the parties present their cases to the decision maker. The defendant in a criminal trial is not required to testify.

The inquisitorial system was first developed by the Catholic Church during the medieval period. The ecclesiastical courts in thirteenth-century England adopted the method of adjudication by requiring witnesses and defendants to take an inquisitorial oath administered by the judge, who then questioned the witnesses. In an inquisitorial oath, the witness swore to truthfully answer all questions asked of him or her. The system flourished in England into the sixteenth century, when it became infamous for its use in the Court of the STAR CHAMBER, a court reserved for complex, contested cases. Under the reign of King Henry VIII, the power of the Star Chamber was expanded, and the court used torture to compel the taking of the inquisitorial oath. The Star Chamber was eventually eliminated as repugnant to basic liberty, and England gradually moved toward an adversarial system.

The court procedures in an inquisitorial system vary from country to country. Most inquisitorial systems provide a full review of a case by an appeals court. In civil trials under either system of justice, the defendant, or respondent, may be required to testify. The most striking differences between the two systems can be found in criminal trials.

A criminal defendant is not presumed guilty in an inquisitorial system. Nevertheless, since a case would not be brought against a defendant unless there is evidence indicating guilt, the system does not require the PRESUMPTION OF INNOCENCE that is fundamental to the adversarial system.

A trial in an inquisitorial system may last for months as the presiding judge gathers evidence in a series of hearings.

The decision in an inquisitorial criminal trial is made by the collective vote of a certain number of professional judges and a small group of lay assessors (persons selected at random from the population). Neither the prosecution nor the defendant has an opportunity to question the lay assessors for bias. Generally, the judges vote after the lay assessors vote, so that they do not influence the conclusions of the lay assessors. A two-thirds majority is usually required to convict a criminal defendant, whereas a unanimous verdict is the norm in an adversarial system.

Criminal Procedure; Due Process of Law.