The Rape And Murder

On Christmas Day, 1993, Brandon was raped and assaulted at a Christmas party by two men whom he identified as Nissen and Lotter to Richardson County sherriff Charles B. Laux. The failure of Laux to immediately arrest the two men became an issue. Brandon's sister, Tammy Brandon, called the sheriff's office to inquire why the two had not been arrested, and said that deputies told her the sheriff was collecting evidence. A Falls City police officer told the two men that they were suspects in the December 25 rape. On New Year's Eve, Lotter and Nissen drove about looking for Brandon. They carried a rope and hatchet in their car, and eventually tracked Brandon to a friend's farmhouse in Humboldt. After killing Brandon, they allowed Lisa Lambert to put her baby in a crib before they shot and killed her. Philip DeVine, who was visiting Lambert at the time, pleaded for his life before he was shot at close range. 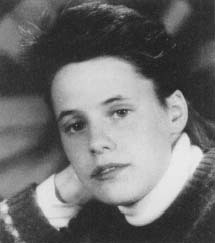 Teena Brandon, a woman who posed as a man, was raped and murdered.