Formerly an assistant U.S. attorney, Sidney Zion had been a legal correspondent for the NAew, York Times for five years in the 1960s. Since then he had written numerous newspaper and magazine articles.

In addition to the complaint, Zion pressed New York County (Manhattan) District Attorney Robert Morganthau to indict the doctors for criminal negligence. On November 20, 1986, a grand jury report "concerning the care and treatment of a patient and the supervision of interns and residents at a hospital in New York County" made history as the first such report in the annals of medicine—without naming Libby Zion or New York Hospital. According to the report, specifically in this case:

no attending physician had performed an examination;

only an intern and junior medical resident had supervised the patient's admission;

those two duty officers had each been working for 18 hours at the time of admission (2:00 A.M.);

physical restraints had been applied without an examination by a physician; and

Demorol had been administered without knowledge of earlier treatment with Nardil. 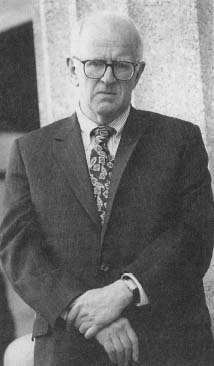 Sydney Zion sued New York hospital and four doctors for medical malpractice in the death of his daughter.

hospitals overworking their residents, keeping trainee doctors on duty as long as 36 hours without relief;

residents (known as PGY-3s, for postgraduate year) being allowed to serve in emergency rooms;

The report revealed that, after Libby's parents went home, she was given Demorol and Haldol to help control her agitated movements and was restrained in a Posey jacket (a vestlike garment that leaves the arms free). The report also noted the autopsy's report of trace amounts of cocaine found in Libby's nose.

The autopsy had concluded that Libby had died of bilateral bronchopneumonia caused by a virus or bacteria, adding that she collapsed after receiving Demerol and Haldol.

On March 12, 1987, the New York State Department of Health fined New York Hospital $13,000 for "woeful" treatment of Libby Zion. Admitting that it had not given her appropriate care, the hospital agreed to adopt a remedial program that included monthly evaluation of emergency room procedures.