The Illinois Supreme Court's decision's unpopularity led to an immediate convening of an emergency session of the state legislature, which at once passed a retroactive law requiring a custody hearing in the case. This led Kirchner to seek a writ of habeas corpus from the Illinois Supreme Court to gain custody of the child, and the Illinois court promptly granted Kirchner's request. At the same time the court took the legislature to task for trying to reverse, by statute, the court's earlier decision.

The Illinois Supreme Court's second ruling in favor of Kirchner, however, was not unanimous. Breaking away from her peers on the court, Justice Ann G. McMorrow, who had sided with the majority in the first decision, now dissented, denouncing the judicial system that had let the case drag on for four years. She was to be only one of many critics of Baby Richard's court-decreed fate. It was popularly believed that the system had failed Richard; but the court was not alone in the blam—Kirchner, Daniella, the Warburtons and their attorney who had known of Kirchner's existence, social workers, the press—everyone seemed to have played a part in the unpopular ruling. 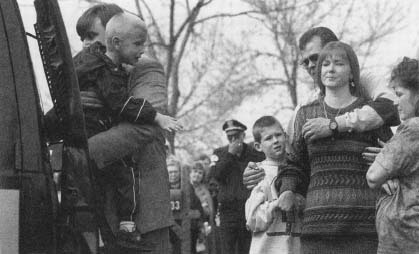 The Baby Richard case epitomized the American legal system at its worst. It was a sorry story of long judicial delay that made the ultimate decision ever harder on Richard; an unpopular decision that called the legal system's legitimacy into question; and an episode that pitted the judiciary against the political branches of government. Most important, it revealed that traditional American notions of stable families consisting of two married parents raising their own biological children was a simplistic view of modern family life.