"we Don't Pay Taxes. Only The Little People Pay Taxes."

This notorious statement attributed to Leona may go down in history as one of the most ironic on record. For the Helmsleys did indeed pay taxes, and quite a lot of them: usually more than $50 million a year on the income from their vast holdings. Leona would go to jail and see her world shattered because she tried to cheat the government out of a fraction of that.

Leona's trial began June 26, 1989, in New York City before federal Judge John M. Walker. Her chief defense lawyer was Gerald A. Feffer, from the elite criminal defense firm of Williams and Connolly. The chief prosecutors were DeVita and Rudolph Giuliani. The evidence against Leona was overwhelming, and the public animosity toward her for her arrogant attitude on taxes was shared by the former contractors and Helmsley Hotels employees who testified against her. Feffer, who had once headed the criminal tax division of the U.S. Justice Department and was an expert on tax fraud cases, couldn't stem the avalanche. On August 30, 1989, the jury found Leona guilty on 33 of the charges against her.

All that remained was the sentencing. Leona begged the court for mercy:

I'm guilty of a serious crime. I'm more humiliated and ashamed than anybody could imagine. I feel as though I have been living through a nightmare for three years.

Walker sentenced Leona to four years in prison and a fine of more than $7 million. In his sentencing order Walker made it clear that he found Leona's expression of remorse to be too little and too late given the severity of her crimes. Walker addressed his comments directly to Leona:

You bear full responsibility for this scheme. It was carried out under your direct orders for your benefit. Unlike many defendants who come before the court, you were not driven to this crime by financial need. Rather, your conduct was the product of naked greed. Throughout its course you persisted in the arrogant belief that you were above the law. Moreover, since the indictment and the trial, you have displayed no remorse or contrition. I trust that the sentence today will make it very clear that no person, no matter how wealthy or prominent, stands above the law.

Leona hadn't given up yet, however. Helmsley hired the famous criminal defense lawyer Alan M. Dershowitz to assist Feffer in the appeal and subsequent proceedings, such as motions for retrial. Dershowitz is well-known for his role in overturning the murder conviction of socialite Claus Von Bllow and has been involved in several cases concerning wealthy and prominent people. Dershowitz began an aggressive appeal, part of which included a personal attack on Judge Walker.

In addition to being a highly respected judge, Walker is extremely well-connected politically. His first cousin is George Bush. Whether because of his abilities or connections, in September 1989, Walker was nominated by President Bush to an opening on the U.S. Court of Appeals for the Second Circuit, which includes New York. Moving from district court to circuit court is a significant career move upward for a federal judge. Dershowitz, however, publicly opposed Walker's nomination. Not only did Dershowitz criticize Walker in the press, but he even appeared at Walker's confirmation hearing on November 7, 1989, before the Senate Judiciary Committee. At that hearing, Dershowitz testified in opposition to Walker's appointment, to no avail. 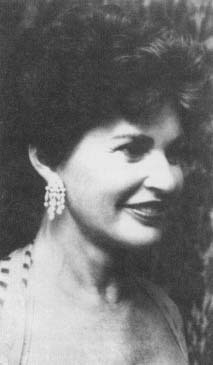 On December 19, 1989, Walker was sworn in as a judge on the court of appeals. Walker continued to hear post-trial motions on the Helmsley case, however, because he also was still a district judge "by special designation" so that he could continue to preside over the case. On March 27, 1991, Walker denied Dershowitz's request that he disqualify himself and let another judge hear Dershowitz's various post-trial motions. Despite Dershowitz's vehement opposition to Walker's promotion, Walker claimed that he was not biased against Dershowitz. After countless appeals and legal maneuvering, Helmsley finally began her sentence on April 15, 1992—ironically, the day income taxes are due. She served 18 months in jail and was released in October 1993. Harry Helmsley died in 1997 and left his considerable fortune in real estate to Leona. Almost immediately, she began to sell off his real estate holdings.

Leona Helmsley's fall from wealth and arrogance was in many ways another signal that the excesses of the 1980s were over. No matter how rich and prominent you were, the government would prosecute you if you broke the law.