The Government Moves To Stop The Leak 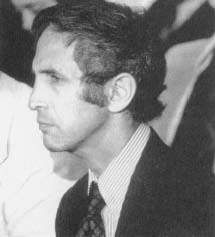 Daniel Ellsberg released the highly confidential "Pentagon Papers" to the New York Times and the Washington Post, thus setting in motion an important freedom of the press decision.

On June 18, 1971, the district court held a hearing. The government presented five experts on national security, who testified that publication of the Pentagon Papers would compromise the war effort. The next day, district court Judge Murray I. Gurfein issued his decision, in which he again refused to issue an injunction against the Times:

I am constrained to find as a fact that the … proceedings at which representatives of the Department of State, Department of Defense and the Joint Chiefs of Staff testified, did not convince this Court that the publication of these historical documents would seriously breach the national security. It is true, of course, that any breach of security will cause the jitters in the security agencies themselves and indeed in foreign governments who deal with us.… Without revealing the content of the testimony, suffice it to say that no cogent reasons were advanced as to why these documents except in the general framework of embarrassment previously mentioned, would vitally affect the security of the Nation.

Gurfein did, however, prevent the Times from publishing any more of the Pentagon Papers while the government hurried to file its appeal with the U.S. Court of Appeals for the Second Circuit (which covers New York). Once the appeal was filed, Circuit Judge Irving R. Kaufman continued the temporary restraint against the Times until the government could argue its case, which happened June 22, 1971. Usually, only three circuit judges hear an appeal, but in an unusual procedure all eight second circuit judges were on the bench that day. They listened to the government's claim that the Pentagon Papers' release would hurt national security, and the Times' defense that the First Amendment protected its publication of the excerpts.