The trial opened on May 19, 1970, at the Federal Court of the Southern District of New York, Judge Irving Ben Cooper presiding. Given the role that baseball did play in the nation's life, it was well covered by the media and well attended by people hoping to catch a glimpse of some of the celebrity witnesses. Flood himself was the first to take the stand and at one point he was asked to supply his batting averages during his years in the majors. He was unable to recall these until one of his lawyers handed him a bubble gum baseball card that had the exact statistics. His salary over the years also had to be recorded, and the fact that he was to be paid $90,000 (plus $8,000 for spring training) by the Phillies would be widely cited by those who derided his claim that he was being treated like a slave.

The trial revolved around a basic conflict. Flood claimed that organized baseball exerted a monopolistic hold on all major and minor league teams and that its contracts giving teams total power over the players effectively lowered salaries. The defendants' claim was that this system was essential to the operation and survival of organized baseball, that "the totality of players are better off in the present system," and that to drop it would lead to the destruction of many teams.

Both sides called on numerous witnesses to buttress their sides, and one tactic they both employed was to call upon individuals who might have been expected to oppose their position. Thus in addition to calling up former major league stars such as Jackie Robinson and Hank Greenberg, Flood called on Bill Veeck, former owner of the Chicago White Sox. Flood also called up the heads of the National Basketball Association and National Hockey League, both of which allowed their players more freedom in negotiating contracts. Meanwhile, the defendants, in addition to calling up the then-commissioner of baseball Bowie Kuhn and the presidents of the two major leagues, also called up a former player, Joe Garagiola, who defended the reserve clause. But it was also true that witnesses on both sides showed some flexibility, those for Flood agreeing that the reserve clause should be replaced gradually and partially, those for the defendants agreeing that the present contract system might be somewhat modified. 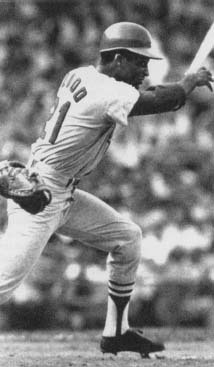 The trial was not without its lighter moments. Judge Cooper would refer to the 'occasional recess as a "seventh inning stretch." At one point, when Flood was showing some awkwardness in giving his testimony:

Judge Cooper: You're not finding this as easy as getting up to bat.

Judge Cooper: Well, you see, other people have their problems, too.

Another humorous exchange came when the lawyer for the defendants, Mark Hughes, asked Flood, "What do you think would happen if every player were free after each season?" Flood's lawyer, Arthur Goldberg, immediately objected on the grounds that this was "speculative," but the judge overruled him. When Flood then replied, "They'd have a good chance to renegotiate better contracts," Judge Cooper slyly asked, "Do you want that stricken from the record, counselor?" A smiling Goldberg replied, "No, no, I like that answer."

After the trial ended, the judge took two months before announcing his decision. In his 47-page opinion, Judge Cooper ruled against Flood's suit, basing his position primarily on the legal point that he felt he lacked authority to overturn previous Supreme Court decisions. He also stated that he was not totally convinced that the reserve clause "had occasioned rampant abuse and that it should be abolished," but he did recommend that players and owners cooperate in making the reasonable changes.