Garry's pretrial motions argued that the Alameda County grand jury system was unconstitutional, secretive, and prejudiced against minorities and the poor. He pointed out that black citizens were seldom chosen to serve. Garry argued that trial juries also were unfair. Since blacks were disproportionately under-represented on the county voter registration lists from which jury rolls were compiled, he proposed that providing Newton's constitutional right to a trial by his peers was impossible. Garry's pretrial strategy was unsuccessful but thorough, consuming nine months.

Newton's trial began in July 1968 under massive security. During the voir dire questioning of prospective jurors, Garry rigorously probed attitudes about race, the Black Panther Party, the Vietnam War, and the police. Prosecutor D. Lowell Jensen frequently objected that such issues were irrelevant to the case. Garry stubbornly held to the strategy, trying to imply that Newton could not get a fair trial or, at least, to sensitize acceptable jurors to racial problems. Both sides fought hard to determine the final composition of the jury, which ultimately was composed of 11 whites and 1 black. 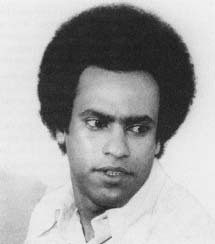 Prosecutor Jensen claimed that Newton was a convicted felon on probation for a 1964 assault conviction. Newton would claim that he was sentenced for committing a misdemeanor, not a felony, and that he was actually coming home from celebrating the end of his probation when Frey stopped him.

Jensen held that Newton's probation was still in effect when officer Frey decided to arrest him for falsely identifying himself as the owner of the van. Two matchboxes of marijuana were allegedly found later in the vehicle. Although he was not charged with drug possession, nor was any concealable weapon produced, Newton was portrayed as a felon with both a motive and the nerve to kill a police officer rather than face additional felony charges and a guaranteed return to prison. The prosecution's motive theory thus hinged on Newton's disputed probation status.

Officer Herbert Heanes testified that he had been guarding Newton's still unnamed passenger by the van when Newton and Frey began to "tussle." As they struggled on the hood of Frey's car, Heanes was struck in the arm by a bullet. Heanes fired at Newton before blacking out. Yet Heanes did not recall seeing any weapon in Newton's hands. Garry raised the possibility that Heanes had shot fellow officer Frey. A ballistics expert testified that both officers had been struck by bullets from police revolvers.

The prosecution summoned a black bus driver named Henry Grier, who testified that his headlights allowed him to clearly see Newton pull a gun from his jacket and shoot Frey repeatedly. Yet the defense exposed more than a dozen points where Grier's testimony contradicted his initial statement to police. Newton's clothing and physique did not match the description Grier had initially given. When Garry tried to fit a pistol into the pocket of the jacket Newton wore on October 28, the gun kept falling out, weakening the claim that Newton had a concealed weapon.

The prosecution called Dell Ross, who had told a grand jury that Newton and another man had forced him to drive them to a hospital at gunpoint. At the Newton trial, however, Ross refused to answer any questions, citing the Fifth Amendment protection against self-incrimination. Despite a grant of immunity and Judge Monroe Friedman's explanation that Ross was a witness, not a defendant, Ross would not talk.

As the judge prepared to jail Ross for contempt, the prosecutor suggested that if Ross did not remember what had happened on October 28, he should say so. Ross replied that he remembered nothing. Jensen nevertheless had Ross' grand jury testimony about his alleged abduction read before the jury. Garry destroyed the effect of this maneuver by playing a taped conversation in which Ross admitted lying to the grand jury because he was afraid of being arrested for outstanding parking tickets. Judge Friedman dismissed the kidnapping charge.

The closure of Newton's probation remained in dispute. His parole officer could not remember what date he gave Newton as the end of his probation period, leaving the motive for shooting Frey unresolved. The matchboxes of marijuana, which Newton claimed were planted by police, had no fingerprints on them.

After moving unsuccessfully for a mistrial because of death threats mailed to the defense, Garry explored officer Frey's reputation. Several black witnesses recalled Frey's physically abusive and verbally insulting behavior. A white high-school teacher who had taught Frey and later invited him back to speak to students recalled the officer's classroom lecture about "niggers" in the district he was responsible for patroling.