We hold that the rule of law applied by the Alabama courts is constitutionally deficient for failure to provide the safeguards for freedom of speech and of the press that are required by the First [Amendment] in a libel action brought by a public official against critics of his official conduct.

The Court was in fact only recognizing what Alabama's own newspapers had been saying, namely that Alabama's libel law was a powerful tool in the hands of anti-civil rights officials. The Montgomery Advertiser had even printed an edition (before the Sullivan case went to the Court) with the headline "STATE FINDS FORMIDABLE LEGAL CLUB TO SWING AT OUT-OF-STATE PRESS," reporting that "State and city authorities have found a formidable legal bludgeon to swing at out-of-state newspapers whose reporters cover racial incidents in Alabama." The Court's decision invalidated Alabama's overly broad libel law so that it couldn't be used anymore to threaten freedom of the press.

Next, Justice Brennan stated what the Court had determined was the proper basis of libel law under the First Amendment in cases involving publications concerning public officials:

The constitutional guarantees require, we think, a federal rule that prohibits a public official from recovering damages for a defamatory falsehood relating to his official conduct unless he proves that the statement was made with "actual malice."

Sullivan hadn't proven that the Times acted with actual malice, so even if Alabama's libel law wasn't unconstitutional, his lawsuit still had to be rejected. What constitutes actual malice? The Court defined it as: 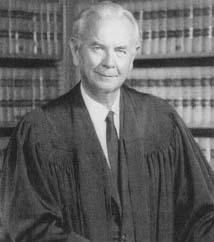 In certain libel lawsuits after New York Times Company v. Sullivan, the Court expanded the First Amendment's protection. For any "public figure" to sue for libel, he or she would have to prove actual malice. The Court has said that public figures include anyone widely known in the community, not just public officials. Further, anyone accused of libel is protected by this actual malice requirement, not just newspapers like the Times. The Sullivan case was a tremendous advance for personal as well as press freedom of speech, and it prevented legitimate criticism and social commentary from being suppressed by the threat of damaging libel lawsuits. Sullivan has not, however, become a license to print anything that the papers see fit: as in Reynolds v. Pegler (see separate entry), defendants who do act with actual malice are subject to severe penalties.