Court Splits, But For Boynton

SIGNIFICANCE: In the often acrimonious battle between the federal government and individual states over racial segregation, Bruce Boynton's suit marked a major breakthrough. For the first time, Washington sent a clear message that interstate facilities were for the use of all citizens, irrespective of color.

In 1958, Bruce Boynton, a black student at Howard University Law School in Washington, D.C., took a Trailways bus from Washington to his home in Montgomery, Alabama. On a 40-minute layover at the Trailways Bus Terminal in Richmond, Virginia, the passengers went inside to eat. Boynton entered the segregated restaurant, sat in the white section and ordered a sandwich and tea. When asked to move to the colored section he refused, saying that as an interstate passenger he was protected by federal anti-segregation laws. Declining to leave, he was arrested by local police, charged with trespass, and fined $10.

The Commonwealth of Virginia conceded that the conviction could not stand if anything in federal law or the Constitution gave Boynton a right to service in the restaurant. But it found no such right. Lawyers for the National Association for the Advancement of Colored People (NAACP) petitioned the Supreme Court on grounds that Boynton was entitled to such protection under the Constitution.

Pleading that case before the Supreme Court on October 12, 1960, was Thurgood Marshall, who later became the first black Supreme Court Justice. He maintained that Boynton's arrest placed an unreasonable burden on commerce and denied him the equal protection of the law, both points with far-reaching implications. However, the Supreme Court chose not to address this petition from a constitutional standpoint after the Justice Department, intervening as a friend of the court, raised the issue of the Interstate Commerce Act, which expressly forbade "unjust discrimination."

For the act to apply, the relationship between restaurant and terminal had to be clarified. When Trailways built the terminal in 1953 it contracted with Bus Terminal Restaurant of Richmond, Inc. for the latter to provide dining facilities for passengers on Trailways buses. The only interest that Trailways had in the restaurant came in the form of the annual rental, $30,000, plus a percentage of the gross profits. So was the restaurant subject to the same federal provisions as Trailways?

No, argued Walter E. Rogers, attorney for Virginia. He contended that the restaurant, as private property, fell outside the scope of the Interstate Commerce Act. Boynton, he said, had been justly convicted. 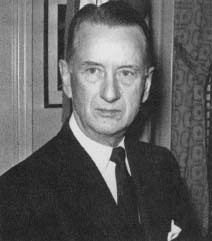 Associate Justice Whittaker joined the dissent in Boynton v. Virginia, a landmark case, which linked the future of the civil rights movement with the federal government.