After the publication of Pegler's article, Reynolds sued Pegler, The Hearst Corporation and Hearst Consolidated Publications for libel. Reynolds' lawyers were Walter S. Beck, Paul Martinson, and Louis Nizer. The defendants' chief lawyer was Charles Henry, and the judge was Edward Weinfeld. The trial began on May 10, 1954. 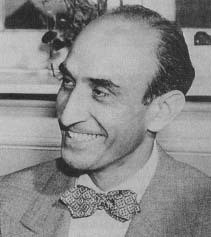 Aware that truth was a defense to the charge of libel, Nizer showed that Pegler's allegations in the article could not possibly be true. Nizer presented witnesses who testified that Reynolds could not have proposed to Connie Broun because she had been asleep and in the company of others all the way to the funeral, that Reynolds had not been a war profiteer, that Reynolds' war record in fact showed considerable heroism rather than cowardice, and so on. Weinfeld was convinced, and he instructed the jury that they were to take it as a given that Pegler's article was libelous:

[T]hat column read in its entirety, I charge you as a matter of law, is defamatory.

Henry tried his best to present plausible justifications for Pegler's accusations, but his excuses came across sounding rather thin. For example, Henry tried to explain away Pegler's charge that Reynolds had proposed to Connie Broun as possibly referring to the same high-minded spirit as Moses's ancient laws, which in biblical times placed:

… upon a brother the duty of proposing to his dead brother's widow.

The jury was not convinced. On July 22, 1954, the jurors returned a guilty verdict against all three defendants. Given the nature of Pegler's article and Weinfeld's instructions, this verdict was not surprising. What was surprising, however, was the amount of damages the jury awarded to Reynolds, which were of two types. The first type was the compensatory damages, which represented compensation to Reynolds for the damage, emotional and otherwise, caused by Pegler's vicious public attack on his character. As is common in such cases, the dollar value of the damage done was hard to determine and so the jury gave a nominal award of just one dollar. The second type of damages was punitive, which represented the punishment that the jury saw fit to impose on the defendants for having published the article.

The amount of punitive damages rocked the publishing industry, for at the time it was the largest award of its kind in American history. The jury awarded Reynolds $100,000 against Pegler, $50,000 against The Hearst Corporation, and $25,000 against Hearst Consolidated Publications, for a total of $175,000 in punitive damages. Although the size of the award was unprecedented, it was financially a drop in the bucket to the massive Hearst organization. The disturbing part, however, was that publishers could now be held financially liable for the libels and other unlawful acts of their writers. The defendants promptly appealed.

On February 16-17, 1955, the U.S. Court of Appeals for the Second Circuit heard the parties' arguments. The court issued its decision on June 7 of the same year. The court not only upheld the verdict against Pegler and the other defendants, but it reaffirmed the principle that publishers could be held accountable for the acts of their writers:

The mere fact that there was no proof of personal ill-will or animosity on the part of any of the corporate executives toward plaintiff does not preclude an award of punitive damages. Malice may be inferred from the very violence and vituperation apparent upon the face of the libel itself, especially where, as here, officers or employees of each corporate defendant had full opportunity to and were under a duty to exercise editorial supervision for purposes of revision, but permitted the publication of the column without investigation, delay or any alteration whatever of its contents. The jury may well have found on this evidence a wanton or reckless indifference to plaintiff's rights.

Thus, the court was telling the Hearst companies in particular and the publishing industry in general that if writers like Pegler wrote vicious and personal articles, the publishers would be held liable if they did not exercise proper editorial control over potentially defamatory material. The defendants exercised their final avenue of appeal, namely a petition for a writ of certiorari to the Supreme Court, which was denied on October 10, 1955.

The case of Reynolds v. Pegler, with its stupendous award of punitive damages in relation to the nominal compensatory damages, sent a danger signal throughout the publishing industry. This new awareness of potential liability changed forever the relationship between publishers, writers, and reporters. From this date forward, publishers and editors would take greater care to make sure that their publications were accurate and nondefamatory.