A cable from Tom Massie to the mainland brought Thalia Massie's mother, Grace (Mrs. Granville) Fortescue, a domineering woman accustomed to issuing orders from her high position in the social register. She immediately took charge. While Hawaii was abuzz with doubt that Horace Ida and his friends were indeed the assailants, and with equal doubt whether rape had indeed occurred, Fortescue had no doubt. She pushed the Naval commandant, Rear Admiral Yates Stirling, to increase the Navy's already strong pressure on the authorities to prosecute the suspects.

Their trial lasted three weeks. The jury then deliberated for 97 hours but failed to reach agreement. Fortescue demanded that the defendants be held without bail for the new trial. The judge was not empowered to hold them, but he ordered them to report to the courthouse daily.

Impatient and headstrong, Grace Fortescue decided to kidnap Kahahawai and force a confession. When he reported at the courthouse on the morning of January 9, he was intercepted by Navy enlisted man Albert 0. Jones, who had a fake summons prepared by Fortescue and told him that "Major Ross" of the Territorial Police wanted him. Jones and enlisted man Edward J. Lord, both of whom were Navy boxers, hustled Kahahawai into a rented car driven by Massie, who was disguised as a chauffeur.

When Kahahawai missed his courthouse appearance, the police suspected the Massies. The rented car was spotted, stopped, and searched. In it were Massie, Fortescue, sailor Lord, and, on the floor of the back seat, the body of Kahahawai, who had been shot with a. 32-caliber gun. Sailor Jones, drunk, was shortly found at Fortescue's rented house.

All four were charged with murder and imprisoned aboard the decommissioned U.S.S. Alton in Pearl Harbor. All Navy personnel were confined to base. The native population was treated as if the rape of white women were typical behavior. Demonstrations and riots among mainland whites, island natives, and Asians broke out time and again.

Fortescue's friends advised enlisting the best legal mind from the mainland. That meant Clarence Darrow, America's most famous trial lawyer. Now 75, Darrow had been in semiretirement four years. Much of his reputation had been built on his understanding of racial minorities and on his many court fights on behalf of the National Association for the Advancement of Colored People, or NAACP. When Fortescue's friends approached him, he turned them down, writing:

I learned that one who tried this case could scarcely avoid discussing race conflict. I had so long and decidedly fought for the Negro and all so-called "foreigners" that I could not put myself in a position where I might be compelled to take a position, even in a case, at variance with what I had felt and stood for.

Darrow's retirement savings had been severely depleted by the Great Depression. When Grace Fortescue sent word that he would have complete control of defense strategy, he changed his mind. His own friends then charged him with "selling out" to reactionaries. The lurid stories in the American press about Naval officers and socialites who took the law into their own hands had led them to believe that Tom Massic and Grace Fortescue were not the typical underdogs whom Darrow had always defended. 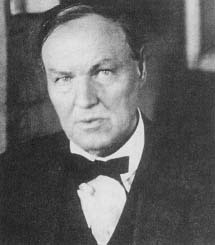 Clarence Darrow came out of semi-retirement to defend Thomas Massie.

The trial opened on April 4, 1932. For a week, prosecutor John C. Kelley detailed the events that led to Kahahawai's death. He did not try to show who fired the shot that killed the prizefighter, however, as under Hawaiian law all four were considered equally guilty of homicide.

In the packed courtroom, Darrow launched the defense by putting Massie on the stand to describe the assault on his wife. Kelley objected: Massie's account could be relevant only if the defense planned to prove insanity. That, said Darrow, was the aim. Kelley asked which defendant was insane. Darrow said, "The one who shot the pistol," but he did not identify that one.

As tears flowed throughout the courtroom, Darrow took Tom Massie painfully through the kidnapping to the point where he remembered grilling Kahahawai in Fortescue's house while holding a. 32-caliber automatic pistol provided by Jones. Kahahawai, he remembered, admitted after lengthy questioning that he and his friends had raped and beaten Thalia Massie. Then, asked Darrow, "Do you remember what you did?"

"Do you know what became of the gun?"

"Do you know what became of you?"

Darrow introduced two psychiatrists who testified that, while Massie was now sane, he had been insane at the time of the kidnapping. One described his condition as "chemical insanity" brought on by changes in body chemistry resulting from the strain of the event.