"the Whole Proceeding Is A Mask'

The NAACP went to the Supreme Court of the United States. It cited testimony of two white men who had been members of the sheriff's posse and who swore that Clinton Lee had been killed by members of the posse during the confusion and that the black men had nothing to do with the murder. They also testified that they had personally whipped and drugged the two black witnesses to force from them the testimony they wanted. 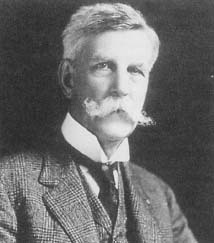 One of Oliver Wendell Holmes' most famous comments, "there never was a chance for the petitioners to be acquitted," was made during the Moore et al v Dempsey Appeal.

The state of Arkansas argued that the Supreme Court had no jurisdiction to consider the appeal because "mere errors in point of law, however serious, committed by a criminal court in the exercise of its jurisdiction over a case properly subject to its cognizance cannot be reviewed by habeas corpus." Justice Oliver Wendell Holmes, writing the opinion of the court, disagreed. "The ground of the petition for the writ," he said,

is that the proceedings in the State Court, although a trial in form, were only a form, and that the appellants were hurried to conviction under the pressure of a mob without any regard for their rights and without according to them due process of law.

According to the allegations and affidavits, "there never was a chance for the petitioners to be acquitted"; no juryman could have voted for an acquittal and continued to live in Phillips County and if any prisoner by any chance had been acquitted by a jury he could not have escaped the mob.

If the case is that the whole proceeding is a mask—that counsel, jury and judge were swept to the fatal end by an irresistible wave of public passion, and that the State Courts failed to correct the wrong, neither perfection in the machinery for correction nor the possibility that the trial court and counsel saw no other way of avoiding an immediate outbreak of the mob can prevent this Court from securing to the petitioners their constitutional rights.

It does not seem to us sufficient to allow a Judge of the United States to escape the duty of examining the facts for himself when if true as alleged they make the trial absolutely void. Order reversed. The case to stand for hearing before the District Court.

The Supreme Court's remanding ended the case. The rehearing was never held, for shortly, under order of Governor Thomas C. McRae, the prisoners were released from the Arkansas State Penitentiary.