"i Ask No Clemency"

A special jury had been selected from New York's wealthy and conservative "Silk Stocking District." Gitlow insisted that Darrow defend the right of revolution. 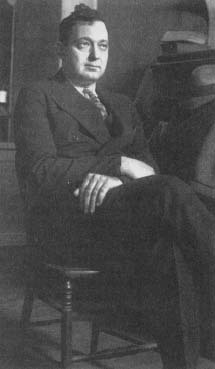 "For a man to be afraid of revolution in America, would be to be ashamed of his own mother," the lawyer told the jury, reminding it of the American Revolution.

Then Gitlow rose to make his own statement. He told the jury he agreed with the principles expressed in the manifesto. "No jails will change my opinion in this respect. I ask no clemency. I realize that as an individual I have a perfect right to my opinions, that I would be false to myself if I tried to evade that which I supported.… All I ask of you gentlemen of the jury is to consider the language of the manifesto, to realize that the manifesto stands for a new order in society, a new form of government, that the Communists believe in a new form of society and necessarily in a new form of government and will bend all their efforts in that direction."

His stalwart defense of Communism earned Gitlow an honorary membership in the Moscow Soviet. It also got him a guilty verdict and a sentence of five to ten years in prison.

Gitlow went to Sing Sing, but in April 1922, he was released on bail pending a decision on his appeal to the state court of appeals. The basis of his appeal was that the conviction violated the due process clause of the Fourteenth Amendment.