Darrow had suffered a humiliating defeat by being unable to rescue his clients in the face of the evidence against them. Worse was yet to come, however.

One of the people on Darrow's payroll was Bert Franklin, a former investigator for the U.S. Marshal's office. District Attorney Fredericks had learned that Franklin was trying to bribe jurors to acquit the McNamaras and had approached at least two jurors, namely Robert Bain and George Lockwood. Fredericks arranged a "sting" operation, and on November 28, 1911, three days before the McNamara trial, arrested Franklin in the act of handing money to Lockwood. In January 1912, Franklin pleaded guilty to charges of jury tampering, and on January 29, he testified that Darrow had known and approved of the bribery efforts.

Fredericks arrested Darrow and put him on trial before Judge George Howard Hutton on May 15, 1912. Fredericks was assisted by W. Joseph Ford and Arthur Keetch, while Darrow's defense attorneys were Horace Appel, Harry Dehm, Jerry Giesler and Earl Rogers. When organized labor turned its back on Darrow's request for financial assistance, Darrow had to pay all the legal costs of the 13-week trial out of his own pocket. Darrow denied the charges, and on August 14 and 15, 1912, gave an impassioned closing speech to the jurors, in which he claimed that:

I am not on trial for having sought to bribe a man named Lockwood. I am on trial because I have been a lover of the poor, a friend of the oppressed, because I have stood by Labor for all these years.

On August 15, 1912, the jury returned a verdict of not guilty after deliberating for less than an hour. Fredericks, Otis and the anti-union forces hadn't given up, however. 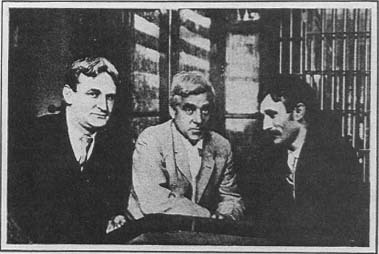 The MacNamara brothers confession of guilt in the bombing of the Los Angeles Times building set back the cause of organized labor on the West Coast.

In October 1912, 50 members of the McNamaras' International Association of Bridge and Structural Iron Workers, primarily senior officers including the union's president, were put on trial in Indianapolis for illegally transporting dynamite. Thirty-nine of the defendants were eventually found guilty. In November 1912, Darrow was put on trial for a second time, this time for an alleged bribery attempt involving juror Robert Bain.

The jury couldn't reach a unanimous decision, although eight of the 12 jurors thought Darrow was guilty, and therefore Darrow was found not guilty a second time. The prosecutors continued to pursue Darrow, although somewhat halfheartedly after two trials, but decided to drop plans for a third trial in December 1913. Darrow returned to his practice in Chicago, and after several years of difficulty was able to revive his reputation as a great criminal defense lawyer. When Darrow died on March 13, 1938, few people remembered his disgrace at the McNamara trials.

Nevertheless, the McNamara case represented a serious defeat for Clarence Darrow. It also represented a serious defeat for organized labor on the West Coast and elsewhere in America, discredited as it was by the tactics of selfconfessed bombers and murderers. It took decades for the unions to recover the public trust and their former political influence.