SIGNIFICANCE: With the arrest and later trials of several Ku Klux Klan members in the South, particularly South Carolina, the federal government attempted to demonstrate the lengths it would go to in order to preserve the Fourteenth and Fifteenth Amendments to the Constitution.

Six bored Confederate veterans founded the original Ku Klux Klan (KKK) as a social club on December 24, 1865, in Pulaski, Tennessee. The organization existed less than 10 years, but for decades it was glorified as the instrument by which northern carpetbaggers and Radical Republicans were driven out of the South, illiterate and "savage" blacks were put down, and whites were restored to their "rightful place" in southern society. This myth reached its height in the early twentieth century with the 1905 publication of Thomas Dixon's novel The Clansmen, and the release 10 years later of D. W. Griffith's movie The Birth of a Nation; its truth is a fundamental tenet to every modern Klansman.

In reality, the original KKK was a brutal terrorist movement that lynched and shot hundreds and beat, whipped, raped, and mutilated thousands more. While most of its victims were black, other targets included northern whites who moved south after the Civil War, southern whites who supported the federal government's Reconstruction policy, and anyone who violated what the Klan considered the proper social order. A reign of terror existed throughout much of the former Confederacy, and in many places the state and local authorities could do nothing to stop it. 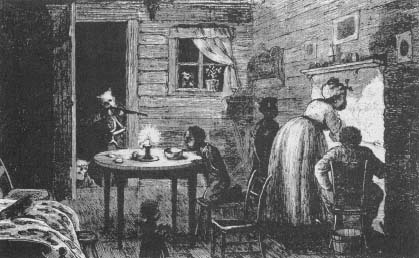