The next step toward confrontation was taken when Cooper decided to settle back in the upstate New York town founded by his father, Cooperstown. In taking over the estate of his recently deceased father, Cooper discovered that the townspeople had long been accustomed to making use of a small promontory on Lake Otsego that actually belonged to his family. On July 22, 1837, Cooper placed a formal notice in the local newspaper warning the public to cease trespassing on this land, known as Three Mile Point.

That very evening, the angry villagers held a meeting at which they drew up resolutions contesting Cooper's claims to ownership of Three Mile Point. They also voted to recommend that the trustees of the library remove "all books of which Cooper is the author." In August, several upstate New York newspapers chose to report these proceedings along with comments by the editors highly critical of Cooper's position. In September Cooper commenced libel suits against three of the editors—-Andrew Barber, Theodore Gold, and Elius Pellet—but during the next year no action was taken. 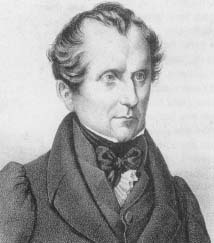 Instead, Cooper spent that year writing several new works including Home As Found, published in November 1838. In this novel, the leading character, Edward Effingham, appears to be a not-very-thinly disguised version of Cooper himself; in particular, one plot line deals with Effingham's disputes with his fellow villagers that exactly parallel Cooper's own. Several newspapers printed reviews that not only pilloried the novel but said some undeniably disparaging things about him. (One review printed extracts said to exhibit Cooper's "insane vanity and his foolish pretension to be high-born.")