SIGNIFICANCE: By refusing to help the Cherokees, the U.S. Supreme Court left the Indians at the mercy of land-hungry settlers. The Cherokees ultimately were forced to move to Oklahoma along the famous "Trail of Tears."

The Cherokee Indians originally inhabited much of America's southeastern seaboard. In the 17th and 18th centuries, European settlers pushed the Cherokees from many of their lands. Unlike most Indians, however, the Cherokees were able to resist white encroachment by adapting to white ways. After the American Revolution, the Cherokees copied white farming methods and other aspects of the white economy. The Cherokees sent some of their children to American schools and permitted mixed marriages. Further, they signed a series of treaties with the federal government that seemed to protect what remained of their lands.

The Cherokee presence was particularly strong in Georgia, where they prospered under the new ways. Cherokee plantations even had Negro slaves. However, in 1828, prospectors discovered gold in Cherokee territory. Georgia wanted to give the land to whites, and enacted laws to force the Cherokees to leave. The Cherokees fought back, hiring white lawyers to represent them.

The Cherokees' chief lawyer was William Wirt. He went directly to the Supreme Court and asked for an injunction forbidding Georgia from removing the Cherokees. Because Article III, Section 2 of the U.S. Constitution gives the Court original jurisdiction in cases to which a state is a party, Wirt didn't have to go through the Georgia state courts and couldn't go through the lower federal courts. Unfortunately, Article III, Section 2 generally limits the Court's jurisdiction to cases involving American citizens, and Indians were not yet recognized as citizens. The only arguable basis for jurisdiction was the Court's power to hear disputes "between a State, or the Citizens thereof, and foreign States, Citizens or Subjects."

Therefore, Wirt had to convince the Court that the Cherokees were a foreign nation or the Court would refuse to act. On March 5, 1831, in Washington, D.C., he pleaded the Cherokees' case before Supreme Court Justices Henry Baldwin, Gabriel Duvalt, William Johnson, John Marshall, John McLean, Joseph Story, and Smith Thompson. Georgia, an ardent supporter of states' rights, denied that the federal courts had jurisdiction and refused to send a defense lawyer. 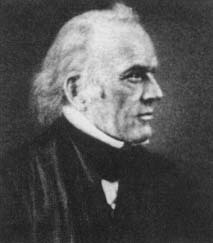 Associate Justice Story did not vote with the majority in the 1831 Cherokee Nation v. Georgia decision that led to the "Trail of Tears."

Wirt reminded the Court that the Cherokees had uncontestable rights to the lands in Georgia:

The boundaries were fixed by treaty, and what was within them was acknowledged to be the land of the Cherokees. This was the scope of all the treaties.

Next, Wirt begged the Court to prevent what was about to happen to the Cherokees:

The legislation of Georgia proposes to annihilate them, as its very end and aim.… If those laws be fully executed, there will be no Cherokee boundary, no Cherokee nation, no Cherokee lands, no Cherokee treaties.… They will all be swept out of existence together, leaving nothing but the monuments in our history of the enormous injustice that has been practised towards a friendly nation.

That same day, the Supreme Court denied Wirt's petition, holding that the Cherokees and other Indian tribes were only "domestic dependent nations," not foreign nations, and thus the Court had no authority to help them. A year later, in the 1832 case of Worcester v. Georgia, the Court freed some missionaries who were sympathetic to the Cherokee cause and had been arrested by Georgia authorities, but only because the missionaries were white citizens.

Powerless to resist, the Cherokees were stripped of all their lands by 1838. In that year, over 7,000 soldiers forced the Cherokees to leave what was left of their territory for relocation in Oklahoma. Over 4,000 Cherokees died during the journey of thousands of miles to the west, which became known as the Trail of Tears.