Burr's impeccable credentials as an American patriot made him an unlikely candidate to be charged with treason. Born in Newark, New Jersey, and educated at what became Princeton University, he was commissioned as an officer in the American army during the Revolutionary War. Burr distinguished himself in combat, and by the end of the war had risen to the rank of lieutenant colonel. After the war, Burr turned his energies to the legal profession. He did not graduate from a law school but instead studied law under an attorney's supervision, a practice which today is permitted by only one state (Virginia) but was then common. Burr was successful in his studies, and in 1782 was admitted to the New York state bar.

Burr and Alexander Hamilton, one of the principal Federalists, became intense adversaries and quarreled at every opportunity. 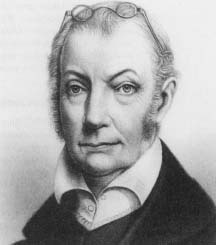 Aaron Burr's political career was destroyed by his "imperial ambitions" In 1804, with Burr seeking the governorship of New York, Hamilton publicly denounced him and expressed his opinion that Burr was unfit for public office. Furious, Burr challenged Hamilton to a duel. Hamilton accepted. On July 11, 1804, at Weehawken, New Jersey, Burr shot Hamilton in the chest. Hamilton died soon thereafter.

Although he won the duel, Burr lost in the ensuing political uproar. State authorities in both New York and New Jersey sought to prosecute Burr for Hamilton's death, and Hamilton's supporters made Burr a political outcast in Washington.

In March 1805, Burr left the increasingly hostile capital for the frontier lands of the recently acquired Louisiana Purchase. Burr abandoned his allegiance to the Democratic-Republicans, and concocted a grandiose plan to lead a revolt with British assistance in these western lands. Burr hoped to establish a "Western Empire" with himself as ruler.

Burr's imperial ambitions were supported by Anthony Merry, the British envoy to the United States. Burr had other powerful allies for his scheme. Senator Jonathan Dayton of New Jersey and a wealthy Ohioan named Harman Blennerhassett joined Burr and extended financial support for the planned revolt. Finally, Burr had the support of General-in-Chief of the Army James Wilkinson, who was also one of the joint commissioners for the Territory of Louisiana.

The conspirators' procrastination, however, proved to be their undoing. By the fall of 1806, still they had not moved. Great Britain's new foreign minister, Charles James Fox, recalled Anthony Merry and terminated British support for Burr's plan. Wilkinson grew nervous, and went to President Jefferson with the details of Burr's conspiracy. When Burr finally decided to act in November 1806, he used Blennerhassett's Ohio estates and private island as the base of operations for the revolt. Jefferson arranged for Ohio Governor Edward Tiffin to send in the local militia and the conspiracy was crushed. Burr went into hiding but was arrested within a few months.