Origins And Evolution Of Community Policing 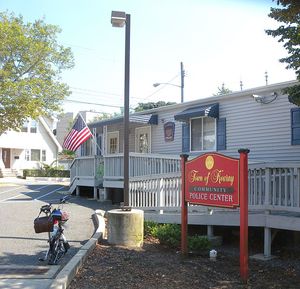 Community policing has been evolving slowly since the civil rights movement in the 1960s exposed the weaknesses of the traditional policing model. Even though its origin can be traced to this crisis in police-community relations, its development has been influenced by a wide variety of factors over the course of the past forty years.

The Civil Rights Movement (1960s). Individual elements of community policing, such as improvements in police-community relations, emerged slowly from the political and social upheavals surrounding the civil rights movement in the 1960s. Widespread riots and protests against racial injustices brought government attention to sources of racial discrimination and tension, including the police. As visible symbols of political authority, the police were exposed to a great deal of public criticism. Not only were minorities underrepresented in police departments, but studies suggested that the police treated minorities more harshly than white citizens (Walker). In response to this civil unrest, the President's Commission on Law Enforcement and the Administration of Justice (1967) recommended that the police become more responsive to the challenges of a rapidly changing society.

One of the areas that needed the most improvement was the hostile relationship separating the police from minorities, and in particular the police from African Americans. Team policing, tried in the late 1960s and early 1970s, developed from this concern, and was the earliest manifestation of community policing (Rosenbaum). In an attempt to facilitate a closer police community relationship, police operations were restructured according to geographical boundaries (community beats). In addition, line officers were granted greater decision-making authority to help them be more responsive to neighborhood problems. Innovative though it was, staunch opposition from police managers to decentralization severely hampered successful team implementation, and team policing was soon abandoned.

Academic interest (1970s). All the attention surrounding the police and the increased availability of government funds for police research spawned a great deal of academic interest. Researchers began to examine the role of the police and the effectiveness of traditional police strategies much more closely. In 1974 the Kansas City Patrol Experiment demonstrated that increasing routine preventive patrol and police response time had a very limited impact on reducing crime levels, allaying citizens' fear of crime, and increasing community satisfaction with police service. Similarly, a study on the criminal investigation process revealed the limitations of routine investigative actions and suggested that the crime-solving ability of the police could be enhanced through programs that fostered greater cooperation between the police and the community (Chaiken, Greenwood, and Petersilia).

The idea that a closer partnership between the police and local residents could help reduce crime and disorder began to emerge throughout the 1970s. One of the reasons why this consideration was appealing to police departments was because the recognition that the police and the community were co-producers of police services spread the blame for increasing crime rates (Skogan and Hartnett). An innovative project in San Diego specifically recognized this developing theme by encouraging line officers to identify and solve community problems on their beats (Boydstun and Sherry).

The importance of foot patrol. It is clear that challenges to the traditional policing model and the assumption that the police could reduce crime on their own, helped generate interest in policing alternatives. However, it was not until the late 1970s that both researchers and police practitioners began to focus more intently on the specific elements associated with communityoriented policing. The major catalyst for this change was the reimplementation of foot patrol in U.S. cities. In 1978, Flint, Michigan, became the first city in a generation to create a city-wide program that took officers out of their patrol cars and assigned them to walking beats (Kelling and Moore). Meanwhile, a similar foot patrol program was launched in Newark, New Jersey.

The difference between these two lay primarily in their implementation. In Flint, foot patrol was part of a much broader program designed to involve officers in community problem-solving (Trojanowicz). In contrast, the Newark Foot Patrol Experiment, which was modeled on the study of preventive patrol in Kansas City, focused specifically on whether the increased visibility of officers patrolling on foot helped deter crime. Results from these innovative programs were encouraging. It appeared that foot patrol in Flint significantly reduced citizens' fear of crime, increased officer morale, and reduced crime. In Newark, citizens were actually able to recognize whether they were receiving higher or lower levels of foot patrol in their neighborhoods. In areas where foot patrol was increased, citizens believed that their crime problems had diminished in relation to other neighborhoods. In addition, they reported more positive attitudes toward the police. Similarly, those officers in Newark who were assigned to foot patrol experienced a more positive relationship with community members, but, in contrast to Flint, foot patrol did not appear to reduce crime. The finding that foot patrol reduced citizen fear of crime demonstrated the importance of a policing tactic that fostered a closer relationship between the police and the community.

As foot patrol was capturing national attention, Herman Goldstein proposed a new approach to policing that helped synthesize some of the key elements of community policing into a broader and more innovative framework. Foot patrol and police-community cooperation were integral parts of Goldstein's approach, but what distinguished problem-oriented policing (POP) was its focus on how these factors could contribute to a police officer's capacity to identify and solve neighborhood problems. By delineating a clear series of steps, from identifying community problems to choosing among a broad array of alternative solutions to law enforcement, Goldstein showed how increased cooperation between the police and community could do more than reduce fear of crime. An intimate familiarity with local residents could also provide the police with an invaluable resource for identifying and solving the underlying causes of seemingly unrelated and intractable community problems. With its common emphasis on police-community partnerships, parts of the philosophy of problem-oriented policing were readily incorporated into ideas about community policing.

The beginnings of a coherent community policing approach (1980s). Interest in the development of community policing accelerated with the 1982 publication of an article entitled "Broken Windows." Published in a national magazine, The Atlantic Monthly, the article received a great deal of public exposure. Drawing upon the findings of the Newark Foot Patrol Experiment, James Q. Wilson and George L. Kelling constructed a compelling and highly readable argument challenging the traditional crime-fighting role of the police, and exploring the relationship between social disorder, neighborhood decline, and crime.

According to Wilson and Kelling, officers on foot patrol should focus on problems such as aggressive panhandling or teenagers loitering on street corners that reduce the quality of neighborhood life. Similar to a broken window, the aggressive panhandler, or the rowdy group of teenagers, represent the initial signs of social disorder. Left unchecked they can make citizens fearful for their personal safety and create the impression that nobody cares about the neighborhood. Over time, this untended behavior increases the level of fear experienced by lawabiding citizens, who begin to withdraw from neighborhood life. As residents retreat inside their homes, or even choose to leave the area altogether, local community controls enervate and disorderly elements take over the neighborhood. Eventually, this process of neighborhood deterioration can lead to an increase in predatory crime. Wilson and Kelling argue that by patrolling beats on foot and focusing on initial problems of social disorder, the police can reduce fear of crime and stop the process of neighborhood decay.

Goldstein's work and Wilson and Kelling's article sparked widespread interest in problem solving, foot patrol, and the relationship between the police and the community, all of which were becoming broadly associated with community policing. Police departments were quick to seize upon the ideas and publicity generated by these scholars, and in the 1980s they experimented with numerous problem-and communityoriented initiatives. In 1986 problem-oriented policing programs were implemented in Baltimore County, Maryland, and Newport News, Virginia (Taft; Eck and Spelman). In Baltimore County, small units composed of fifteen police officers were assigned to specific problems and responsible for their successful resolution. In Newport News, the police worked with the community to identify burglaries as a serious problem in the area. The solution involved the police acting as community organizers and brokering between citizens and other agencies to address the poor physical condition of the buildings. Ultimately the buildings were demolished and residents relocated, but more importantly problem-oriented policing demonstrated that the police were capable of adopting a new role, and it did appear to reduce crime (Eck and Spelman).

An initiative to reduce the fear of crime in Newark and Houston through different police strategies, such as storefront community police stations and a community-organizing police response team, was successful in reducing citizens' fear of crime (Pate et al.). Interestingly, the results in Houston suggested that generally the program was more successful in the areas that needed it least. Whites, middle-class residents, and homeowners in low-crime neighborhoods were more likely to visit or call community substations than minorities, those with low incomes, and renters (Brown and Wycoff).

These studies further catalyzed interest in community policing and problem solving, and from 1988 to 1990 the National Institute of Justice sponsored the Perspectives on Policing Seminars at Harvard University's Kennedy School of Government. Not only did this help popularize these innovations in policing, but it helped scholars and practitioners refine and synthesize the mixture of ideas and approaches labeled community-and problem-oriented policing. One policing seminar paper in particular received a great deal of scholarly attention. The Evolving Strategy of Policing, by George Kelling and Mark Moore, summarized the history of policing and identified what was unique about recent developments in the field. In contrasting three different policing approaches and finishing with the advent of the "community problem-solving era," Kelling and Moore appeared to be sounding a clarion call, announcing the arrival of a complete paradigm shift in law enforcement.

In the face of such bold proclamations, it is unsurprising that scholars began to examine community policing more critically, and queried whether it could fulfill its advocates' many promises. Contributors to an edited volume on community policing entitled Community Policing: Rhetoric or Reality? noted that without a workable definition of community policing, its successful implementation was difficult. They also suggested that community policing might just be "old wine in new bottles," or even a communityrelations exercise employed by police departments to boost their legitimacy in the eyes of the public (Greene and Mastrofski). The outgrowth of these thoughtful criticisms was to encourage researchers to design more rigorous methodological studies that could evaluate the effects of community policing more clearly.

Given the large concentration of African Americans and Hispanics in American cities, groups who have historically been engaged in a hostile relationship with the police, an approach to law enforcement that promised to improve police-community relations by working with, rather than targeting, racial and ethnic minorities held great appeal for local politicians concerned with pleasing their constituents. In addition, community policing reflected a more general underlying trend in the structure, management, and marketing practices of large organizations. In contrast to rigid bureaucracies and their dependence on standard rules and policies, decentralization created smaller, more flexible units to facilitate a speedier and more specialized response to the unique conditions of different organizational environments. Rather than emphasizing control through a strict organizational hierarchy, management layers were reduced, organizational resources were made more accessible, and both supervisors and their subordinates were encouraged to exercise autonomy and independence in the decision-making process. Finally, the extent to which consumers were satisfied with the market produce, in this case police services, became an important criteria for measuring police performance (Skogan and Hartnett).

At the outset of the twenty-first century, the momentum behind community policing shows no signs of slowing down. Even though police departments may have been slow to adopt all the philosophical precepts, tactical elements, and organizational changes commensurate with the entire community-policing model, its slow and steady evolution suggests that it is a permanent fixture on the landscape of American policing (Zhao and Thurman).