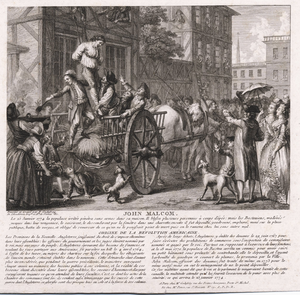 Religious beliefs played heavily in legal thinking of the early colonial period, a period dating from 1607 to the end of the American Revolution (1775–83; a war fought between Great Britain and the American colonies in which the colonies won their independence). The modern American criminal justice system has its roots in the legal concepts carried by early English settlers to the New World. Drawn from the English legal system the colonists knew back home, colonial law evolved substantially through the next three centuries from the time of the first settlements up to the Revolutionary War. Following the war, independence from England allowed a distinctly new American legal system shaped by the experiences of the early colonists.

In 1607 about one hundred settlers sent by the Virginia Company arrived at Jamestown, the first permanent British settlement. It later grew into the Virginia colony. The English merchants who organized the Jamestown colonists expected prosperity or wealth from the venture. They were particularly interested in sources of gold. Not finding great fortune and treasures, the colonists began growing tobacco by 1612 for shipment back to England. Tobacco provided a steady economic base for the young settlement. In 1619 the colonists formed their first representative legislature (body of persons authorized to make and change laws) called the House of Burgesses.

Another settlement occurred in 1620 when the Puritans, English Protestants who opposed the Church of England, traveled across the Atlantic Ocean on the Mayflower. They landed in New England and established the Plymouth settlement. Also known as Pilgrims, they came to America seeking religious freedom rather than economic gain. Before leaving the ship, the Pilgrims created the Mayflower Compact, an agreement to provide "just and equal laws" in their settlement. They agreed to abide by rules for the general good of all.

Half of the Pilgrims died during the harsh winter of 1620–21 but the Plymouth colony managed to survive. Settlers spread out to establish New Hampshire in 1623. In 1630 approximately one thousand Puritans set sail from England in eleven boats for the New World where they established more strict religious communities including the new settlement of Boston. Connecticut was established in 1633 and Rhode Island in 1636. By 1642 Plymouth had grown into the Massachusetts Bay Colony with twelve thousand inhabitants. In addition to family farms, small industries developed around fishing, lumber, and crafts.

Only a few years after the settlement of Plymouth, more colonists, including non-English settlers, arrived a short distance down the coast. In 1624 Dutch colonists from Holland established New Amsterdam on what would become Manhattan Island. They expanded settlement up the Hudson River Valley, later part of New York State. Further down the coast the Calverts of Roman Catholic faith, who had fled religious persecution in England, founded Maryland in 1632. Protestants also arrived in Maryland, and in 1649 Maryland established the first religious toleration act to grant religious freedom in the colony.

Other non-English colonists arrived during this period, including the Swedish in 1638 who established New Sweden, later the location of Delaware. The more numerous English acquired the New Netherlands and New Sweden settlements in 1664 under a charter held by James, Duke of York, brother of King Charles II. New Amsterdam, renamed New York City after the Duke, became a shipping and trade center.

A map of the original thirteen American colonies.

Establishment of colonies continued into the second half of the seventeenth century. In 1663 the British king issued charters for settling lands south of Virginia. The southern charters eventually lead to the establishment of North Carolina and South Carolina in 1712 and Georgia in 1733. The economies of these three colonies varied from small farms and fur trading in North Carolina to large farms, called plantations, owned by wealthy landowners in South Carolina and Georgia. On the larger farms rice and indigo (plants that yield dark blue dye) were major cash crops. Because of the large size of these plantations, the colonists needed more manpower to work the land. They began importing black Africans as slaves to plant, tend, and harvest the crops. Because slavery was banned in England, new laws had to be created to make slavery legal and acceptable in the colonies. New laws, known as "black codes," also dealt with such problems as how to buy, sell, and inherit slaves.

Back to the north of Virginia, William Penn, a Quaker, founded Pennsylvania in 1681. Quakers are a Christian group that formed in England in the mid-1600s who oppose all wars and practice religious tolerance, or acceptance of differences. Penn sought to create a colony, like Maryland, where Quakers and people of other faiths could enjoy religious freedom. Quaker colonies had laws emphasizing harmony and were in favor of solving disagreements peacefully. Remarkably, the Quakers lived in peace with the Indians for the next seventy years.

Despite the many kinds of people living in the colonies, the English speakers and their society dominated and their concepts of law and order became widely accepted. By the mid-1700s the English settlers had formed the original thirteen colonies, each with its own governor and legislature, but all under control of the British king. The thirteen colonies were Virginia, Massachusetts, Connecticut, Rhode Island, New Hampshire, New York, New Jersey, Delaware, Maryland, Pennsylvania, North Carolina, South Carolina, and Georgia.

The once small population of the thirteen colonies grew to some three million people by the time of the American Revolution. By 1783, however, 96 percent of the colonists still lived in rural areas. The uncertain nature of their daily struggle to carve out a life in the New World shaped colonial law. Throughout the colonial period, newly created laws focused on rules of behavior to help assure survival of the colonies by offering hope and stability.

Perhaps the most important factor in the fragility of frontier life was trying to establish a way of life in the isolation and desperate condition of the settlements. The first European settlements along the East Coast of North America were tiny and isolated. Of the original 105 settlers in Jamestown, only 38 survived the first seven months from May to December in 1607. The area around Jamestown was marshy and proved to This drawing shows a fort built by the first English settlers on their arrival at Jamestown, Virginia, in 1607 as protection against American Indians.
be poor farmland. It was also a breeding ground for malaria-carrying mosquitoes. The survivors slowly spread out onto surrounding lands but the harsh winter of 1609–10, known as the "starving time," again nearly wiped out the struggling Virginia settlements.

Adding to this delicate existence were numerous American Indian tribes. The Indian peoples greatly outnumbered the early European settlers and the colonists were nervous and suspicious of them. Relations with the Indians deteriorated quickly as the English treated them with little or no respect. Soon the settlers endured not only disease and starvation but hostile Indian attacks.

Given their isolation and vulnerability, the colonists developed their own strict ways of maintaining order so as to protect themselves and allow their small settlements to grow. They used their knowledge of a common law system to come up with new laws. The first colonial legal code, titled "Lawes Divine, Morall and Martiall," was drafted by the Virginia Company in London and sent to the Virginia Colony in 1611. The laws were harsh and military-like, reflecting the serious problems of the settlement. The English wanted to avoid another disaster like the "Lost Colony" of Roanoke twenty years earlier. Their strict behavior codes and hard work, however, paid off. The colonies grew and the communities became more established, able to support its citizens. Other colonial laws followed but were not as severe as the "Lawes Divine."

Another factor influencing the development of colonial law was a New World social order very different from the one found in England. The legal system in England was built around the aristocracy (wealthy landowners). No aristocratic social order existed in early colonial society. In most settlements, religion was the driving factor in place of money. Colonial laws were created to reflect these religious beliefs instead of being based on land ownership.

Many early settlers who left England were fleeing religious persecution, or mistreatment. These included the Puritans in New England, the Quakers in Pennsylvania, and the Roman Catholics in Maryland. The fresh start in the New World presented an opportunity to build new societies based on godly ways; what colonists considered good and right in the sight of God dictated their laws. The most important concern was maintaining an orderly, religious life in their small communities. Obedience to those in power, inspired by religious teachings, was most important to the order and survival of each settlement.

Courts did not use probation (sentencing an individual to commit no crimes for a period of time instead of going to jail) as punishment. Colonies did, however, make wide use of bonds in the place of probation. Courts required people who were regarded as troublemakers to put up money (security) to guarantee future good behavior. Those punished with whipping or fines also had to post money to guarantee no further troubles. Bonds were also posted to guarantee appearances at trials as in New York. In some places such as Virginia some members of the community posted money for the accused. The bond system worked well in the small communities where everyone minded (or paid attention to) everyone else's business.

Taking away a person's liberty or freedom was not a common way of punishing criminals in the colonial period. In New York the courts handed out only nineteen prison sentences between 1691 and 1776. With such a small population people were too valuable to local economies to put them away. The colonists also had little money to build prisons and feed prisoners. Prisons were not established until much later in the nineteenth century. Colonial jails primarily held people awaiting trial or who owed money to others (debtors). Debtors were free to leave during the day and work to pay off their debts and then return for the night. Workhouses also existed for the homeless, unemployed, and impoverished (poor). They were expected to learn the work ethic during their stay.

Controlling slaves was a primary concern of the criminal justice system in the colonial South. Slave owners and overseers policed slave society. The whip was a symbol of authority and used frequently. Whipping was administered swiftly, usually on the plantation, and was often severe. If death resulted, the overseer was normally not charged with murder unless the situation was extreme. Slaves were considered property, and the courts did not expect that a master would intentionally destroy his own property.

Ferling, John. A Leap in the Dark: The Struggle to Create the American Republic. New York: Oxford University Press, 2003.

History of Jamestown. The Association for the Preservation of Virginia Antiquities. http://www.apva.org/history (accessed on August 20, 2004).