A Brief History Of Welfare Reform 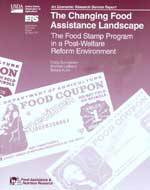 The Personal Responsibility and Work Opportunity Reconciliation Act of 1996, 110 Stat. 2105, popularly known as the Welfare Reform Act, is the most significant piece of welfare legislation since the NEW DEAL administration of FRANKLIN D. ROOSEVELT. The 1996 act was the culmination of a 30-year debate over the effectiveness of government welfare programs and the proper role of government assistance. The act's goals of moving people off the welfare rolls, limiting the amount of time on public assistance, and mandating that welfare recipients' work were based on the idea of personal responsibility. For conservatives, the law delivered a blow to the modern liberal welfare state. For liberals, the act raised as many questions as it answered. It was unclear how states would provide training to welfare recipients that would allow them to find employment paying a living wage. More ominously, what would happen to children when families lost their welfare benefits permanently?

The history of welfare reform reveals that the question of personal responsibility versus assistance to those in need has been a constant in the debate over welfare. Dissatisfaction with welfare began during the 1950s. Critics began to assert that the federal Aid to Families with Dependent Children (AFDC) program had made welfare a way of life, rather than simply short-term assistance, for many in the program. With this perception, a backlash set in.

In the 1950s and early 1960s, welfare reform was limited to various states' attempts to impose residency requirements on welfare applicants and remove illegitimate children from the welfare rolls. Many states also passed so-called "man in the house" rules, which cut off benefits when a man lived in the home. By the late 1960s, such laws had been struck down on the ground that the EQUAL PROTECTION CLAUSE of the FOURTEENTH AMENDMENT requires the government to treat all persons in similar situations equally.

During the 1960s President LYNDON B. JOHNSON's administration declared an ostensible "war on poverty" with its GREAT SOCIETY programs: Head Start, the Job Corps, food stamps, and MEDICAID funded education, job training, direct food assistance, and direct medical assistance. Although the poverty rate declined in the 1960s, more than 4 million new recipients signed up for welfare.

With the election of President RICHARD M. NIXON in 1968, the conservative backlash against liberal policies began to take hold. Nixon was the first president since Roosevelt to offer major national welfare legislation. His 1969 Family Assistance Plan, however, pleased neither liberals nor conservatives. Nixon proposed giving needy families with children $1,600 annually; as a work incentive, they would be allowed to keep any earned income up to approximately $4,000. More important, all welfare recipients except mothers with children under the age of three would be required to work. Liberals rejected the plan because they believed that the support levels were too low and that the work requirement was punitive. Conservatives were unimpressed by Nixon's goal of reducing the welfare bureaucracy through a program that appeared to expand public assistance. The program died in Congress in 1972.

Instead of reform, welfare programs underwent major expansions during the Nixon administration. States were required to provide food stamps, and Supplemental Security Income (SSI) consolidated aid for aged, blind, and DISABLED PERSONS. The Earned Income Credit provided the working poor with direct cash assistance in the form of tax credits. As spending grew, so did the welfare rolls.

During the 1970s advocates of welfare reform promoted the theory of "workfare." The idea initially referred to working off welfare payments through public service jobs, but it developed into the concept of using training and education to help recipients gain independence. By the 1980s workfare had emerged as the future of welfare reform.

President RONALD REAGAN came into office in 1981 as a harsh critic of welfare. During his first term, he helped secure deep cuts in AFDC spending, including the reduction of benefits to working recipients of public assistance. In addition, the states were given the option of requiring the majority of recipients to participate in workfare programs.

During the 1980s the welfare system was subjected to many critical attacks, most notably in sociologist Charles Murray's book Losing Ground: American Social Policy, 1950–1980 (1984). Murray argued that welfare hurt the poor by making them less well off and discouraging them from working. The system effectively trapped single-parent families in a cycle of welfare dependency, creating more, rather than less, poverty. Murray proposed abolishing federal welfare and replacing it with short-term local programs. Though many criticized Murray's data and conclusions, most agreed that welfare produced disincentives to work.

During the 1980s 40 states set up socalled welfare-to-work programs that provided education and training. The federal Family Support Act of 1988 (23 U.S.C.A. § 125) adopted this approach, directing all states to phase in comprehensive welfare-to-work programs by 1990. Each state was to implement education, job training, and job placement programs for welfare recipients. Nevertheless, the initiative proved unsuccessful because the states lacked the money needed for federal matching funds. By 1993 only one in five eligible recipients was enrolled in a training program.

Thus, the stage was set for the 1996 welfare reform legislation. It did much of what Murray had advocated: it made personal responsibility and work central to the welfare agenda, and it shifted welfare to the states. State governments were given fixed blocks of money known as Temporary Assistance to Needy Families (TANF), which they could use as they saw fit, as long as they imposed work requirements and limited a family's stay on welfare to five years. By placing ceilings on the amount of money states receive for welfare, the 1996 act announced that public welfare programs would shrink rather than grow over time.

This 1996 welfare reform law, known as the Personal Responsibility and Work Opportunity Reconciliation Act (PRWORA), was considered revolutionary by many experts. With a strong economy and an unemployment rate that by the late 1990s was down to only 4 percent, states were more confident about making welfare reform work. By 2000, the economy began to slow down, and the September 11, 2001 attacks in New York and Washington further slowed economic growth. States that had once been flush with cash now faced deficits, some of them substantial. Meanwhile, the federal government's TANF funding was scheduled to end on October 1, 2002.

On May 16, 2002, the House passed the Personal Responsibility, Work, and Family Promotion Act of 2002 (H.R. 4737) by a vote of 229 to 197. This bill would reauthorize TANF funding for an additional five years. It would also increase the minimum work requirement for recipients by 5 percent per year, so that states would have 70 percent of TANF families working or engaged in other job-preparation activities for 40 hours per week by fiscal year 2007. It would continue to fund childcare through a block grant, and it would also work to strengthen CHILD SUPPORT laws to increase money available to mothers and children. It would also provide up to $300 million each year for programs that encourage healthy and stable marriages, such as premarital education and counseling programs.

The Senate did approve the Work, Opportunity, and Responsibility Act (WORK). Among the differences between WORK and H.R. 4737, WORK provides $5.5 billion more in childcare funding and reduces the required work-week to 30 hours instead of 40. The Senate did not act on this legislation, and in September the House and the Senate passed continuing resolutions to extend TANF funding through March 31, 2003. The Senate was expected to take up the issue again in the spring of 2003.