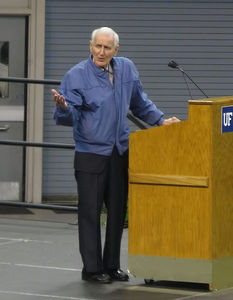 During the 1990s, Jack Kevorkian was undoubtedly the most well known assisted suicide and euthanasia advocate in the world. A retired pathologist from Michigan, Kevorkian made headlines internationally when he undertook a well publicized assisted-suicide campaign between 1990 and 1998 that reportedly ended the lives of approximately one hundred thirty people. Some of those whose deaths Kevorkian facilitated were terminally ill and diagnosed as having less than six months to live, but most were disabled or chronically ill. According to autopsy reports, four of the people whose suicides Kevorkian helped had no discernible organic illness.

Kevorkian's campaign began on 4 June 1990, when he assisted the suicide of Janet Adkins, a woman diagnosed with early Alzheimer's disease. At the time, Michigan had no law against assisted suicide and Kevorkian was not arrested. His next publicly acknowledged assisted suicide was conducted on 23 October 1991, when Kevorkian made headlines for assisting the suicide of two women at the same location, one with multiple sclerosis and another who complained of chronic, severe pelvic pain. Kevorkian was arrested for murder but the case was dismissed. The prosecution appealed and the state legislature hastily cobbled together a poorly worded, temporary criminal statute proscribing assisted suicide intended to "stop Kevorkian."

Kevorkian openly defied the law and was arrested, tried, and acquitted. The temporary prohibition lapsed but the prosecution's earlier appeal succeeded when the Michigan Supreme Court ruled that assisted suicide was a common law felony in Michigan (People of Michigan v. Jack Kevorkian). Kevorkian was again arrested and tried. Once again, a jury found him not guilty. A third case against Kevorkian was later declared a mistrial because of the courtroom conduct of Kevorkian's lawyer, and the case was dropped. Kevorkian, it seemed, had a free hand.

In 1998, Kevorkian's actions grew increasingly erratic. In June, after he assisted the suicide of Joseph Tushkowski, a man with quadriplegia, Kevorkian held a press conference in which he claimed to have procured the man's kidneys, and offered them for organ transplant, "first come, first served." There were no takers. In late October, he videotaped himself lethally injecting Thomas Youk, an ALS (Lou Gehrig's disease) patient. Kevorkian then took the tape to CBSTelevision's news program 60 Minutes, which aired it to a nationwide audience, during which Kevorkian dared the authorities to prosecute him. Kevorkian was arrested and convicted of second-degree murder. He is currently in prison for a term of ten to twenty-five years.